Skip to content
Eating Well 16 Eating Habits of Fit People. And a bonus.

You admire the well-conditioned physique in the gym or on the beach, and you think “if only I had that much time to work out, if only I had that dedication.”  And you think they must have hours a day to cook and think of all sorts of amazing food to eat.  But in reality, it’s much more about habits, as opposed to any complicated routine. Fit people build their success on the use of habits. 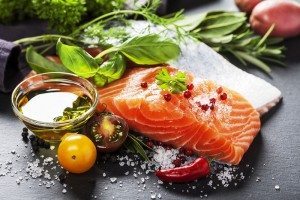 So what is it that these people do?  Unless they are a body builder, they don’t spend hours exercising (in a gym or otherwise).  They might even spend just 30 minutes a day!  But they DO it on a schedule, and by design.  They also have highly effective habits when it comes to how/what/where/when they eat, and how one eats makes the most difference, by far, in how they look.

So what is it these people do?

And the bonus? Fit people get enough quality sleep.  The make it a habit to get into bed on time, without distractions, and using the last part of their day to wind down.

I'd love to know your thoughts on this! Cancel reply